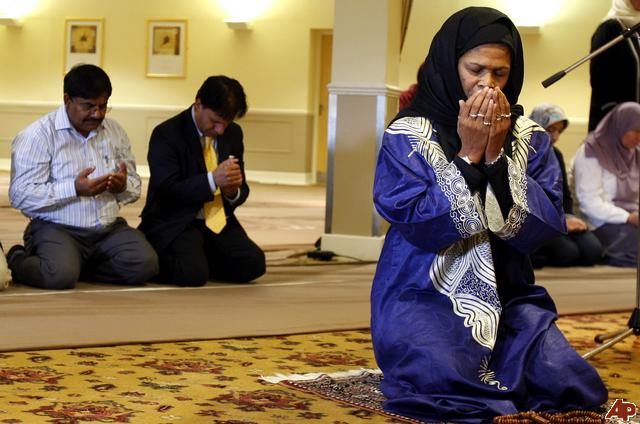 KUALA LUMPUR: Mandeera Mohamed*, 40, has always been concerned about the status of women in Islam and several years ago she mustered the courage to lead a mixed gender prayer congregation.

It took courage because leading a congregation in prayer is generally regarded as a man’s role in Islam.

She said she had looked into the Quran to see whether the holy text barred women from leading prayers, and could not find any such ruling.

“For me, this is patriarchy, authority and power which are not the Islam I know, love and embrace.

“(For me) it’s an inner calling, (I get) a sense of liberation from the Islamic framework and I feel so blessed,” she said.

She said gender socialisation meant that she had been ‘trained’ to believe that the role of the imam belonged only to men.

But despite the Quran’s lack of mention on whether women can lead men in prayers, the dominant Islamic thought about the issue has always been negative.

The Hanbali, Shafii and Hanafi schools of thought allow women to lead only other women in prayers, while the Maliki school of thought forbids women from leading prayers altogether.

But according to an article by the Mumbai-based Islamic Research Foundation International, forbidding women from leading prayers contradict the egalitarian essence of Islam.

The article further states that the Prophet Muhammad allowed his companion Umm Waraqah, a woman well-versed in the Quran, to lead mixed gender-congregations.

And in 2005, Amina Wadud, an American scholar, made international headlines when she led a mixed-gender prayer congregation.

But such a view does not bode well for conservatives in Malaysia.

While there is no fatwa (edict) here that bans women from leading prayers, it is not common for them to do so.

Due to fear, it is not known how many Muslim women lead men in prayers.

Zeehan Zahari, 30, is one of those who disagree with the practice.

“Women of Rasulullah’s time and even after, during the first four caliphate were so strong and empowered.

“They were teachers and they were leaders in their own ways and right, but none ever questioned this part of ibadah,” said Zeehan, a MBA graduate.

On the other side of town, Nik Elin Nik Rashid, 52, a lawyer, however is adamant that it is her right to lead men in prayer: In her case she leads her Muslim convert husband and their two sons.

It made more sense since her husband needs someone to lead him and Nik Elin is after all more learned than him and knows the Quran.

Asked whether she thought Islam forbids women from leading a prayer congregation, Nik Elin said there’s no such a thing.

“It’s a dogma people have been carrying for years that women can’t lead men in prayers,” she said.

[* Mandeera Mohamed is not her real name.]