By WITW Staff for Women In The World 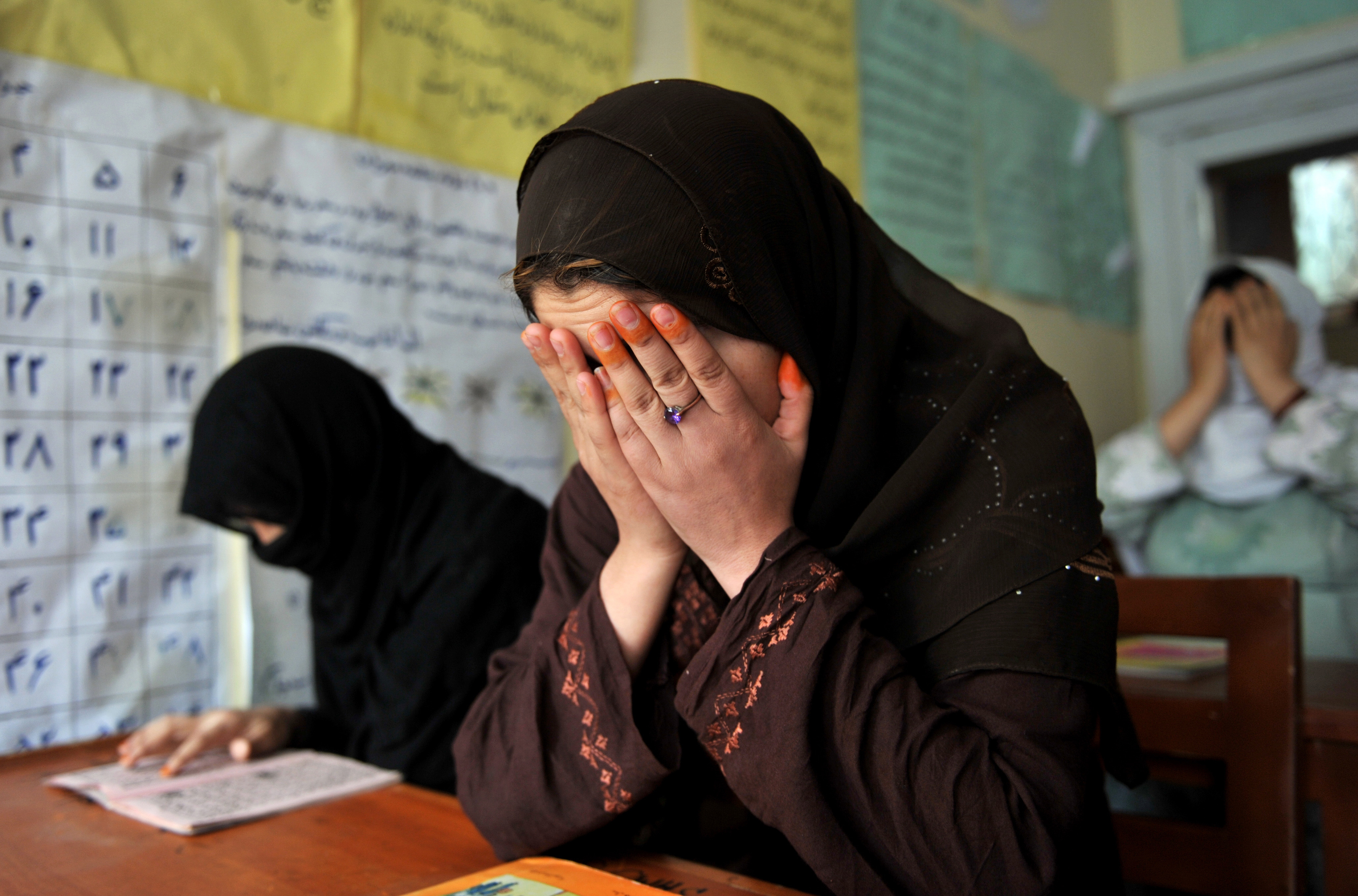 AFGHAN WOMEN PRAYING DURING A LITERACY CLASS AT A SHELTER RUN BY WOMEN FOR AFGHAN WOMEN. (ADEK BERRY/AFP/GETTY IMAGES)

In Afghanistan, dwindling international aid and a resurgent Taliban are threatening the closure of women’s shelters that provide food, refuge, and education for women escaping abusive husbands, male relatives, and honor killings.

With U.N. agencies and aid groups overstretched by the fallout of the Syrian civil war and other global crises, NGO’s such as the Humanitarian Assistance for the Women and Children of Afghanistan (HAWCA) have found themselves scrambling for funding. HAWCA has operated a women’s shelter in Kabul since 2004, but in March had to make an emergency appeal for funding after learning it could lose U.N. funding. The U.N. eventually extended its funding, but only for a period of three months — after June, the shelter’s future will once again be up in the air.

The shelter, which provides refuge for around 300 women a year, costs $14,000 a month to operate. Even after the emergency appeal, HAWCA was only able to raise $13,500.

A declining security situation caused by the continued rise of the Taliban has only exacerbated the problem for shelters, many of which are forced to keep their locations secret. Last month, in one of the deadliest attacks since the group’s overthrow in 2001, the Taliban killed more than 140 security forces at an army base in the Balkh province. Afghanistan’s government also refuses to operate any women’s shelters of its own — a decision perhaps complicated by the complaints of conservative religious leaders who believe that shelters cause women to become immoral.

Without the shelters, said one 19-year-old living at a shelter in Kabul, women such as herself would likely find themselves on the streets. The teenager said she had fled from her home in western Afghanistan after her father tried to sell her as a bride in exchange for a young bride of his own. In the four years since her escape, she had learned how to read, write, and sew, and even begun teaching her new skills to other women at the shelter.

“There are men who mistreat and abuse girls and women who have no place to live,” she warned.

A 16-year-old at a Kabul shelter said she had come there to escape a jobless, mentally unstable husband who was twice her age. After the shelter helped her to get a divorce, her family told her never to come back home.

“I don’t have anywhere and there are thousands of other women like me, who have no one and no place to go,” she said.