By Yumna Khan for MALA 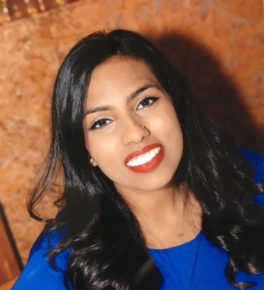 Yumna Khan is an Los Angeles-based producer.  She has just recently launched her own production company, Stranger Magic Productions, with her partner. She is the president of Creative Minorities Initiative, an network of people of color in arts and entertainment.  She hopes to change the way the world views minorities in the entertainment world.

I grew up in a South-Asian, Muslim household and I always had my cultures attached to me.  I went to a private Islamic school, so technically from kindergarten to fifth grade I was in a my a little bubble and I didn’t know the world around me. Things were still good in Middle School—I was still the only Indian, but minorities also still surrounded me.  It was a small school, I didn’t really care much, and I thought I was like everyone else.

High school was great too until I was a junior.   I never had an issue with myself until I took this class called American Experience.  I loved the class; it was so amazing—until this moment happened. The teacher was talking to the class and told everyone, “hey, everyone take a look at Yumna, look at this beautiful dark-skinned girl.”  I had no idea what he was talking about, and I look around me and realize that everyone around me was light-skinned.  I was the only dark-skinned person in the class.  I don’t know why, but that made me so sad. He called out my physical appearance in front of everyone, and it was supposed to b a compliment but it didn’t come off that way.  That’s the day I realized I’m not like everyone else, and that I am different.

I used to watch Lizzie McGuire growing up.  Lizzie McGuire was my idol, her lifestyle was what I wanted and I wanted to be her. So from high school onwards till my third year of college, I became whitewashed. I completely forgot about my Indian background, I would get annoyed with my mom and my sister.  That’s how bad it got; I didn’t want to be myself anymore. And then I thought to myself, being in America, I can be who I am.

When I went to college and met my Indian and Pakistani roommates they made me realize that my culture, my background, and my identity were all so important to me. America is a melting pot; there are so many cultures here, it’s not just one race.  You should appreciate where you come from, and until I had those roommates, I never realized that.

That’s when I started realizing the need for more TV shows, movies, and outlets for children to relate to what they see on the screen.  To me, media plays a huge role in how you see yourself, which is what brought me to want to amplify the voices of our unheard minority communities.  I want to tell stories of people who have been overlooked and excluded.  After working on a couple of different sets, I realized that production was my niche and I wanted to continue to produce work that will tell peoples’ stories.